The cast of characters in AFTERLIFE

Like many an aspiring author, I often imagined that I was writing a movie script when I was working on Afterlife: The Resurrection Chronicles. So, of course, I had to find actors to play the roles. Here they are: 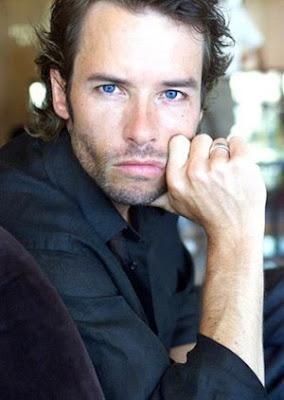 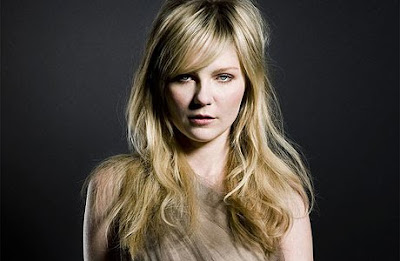 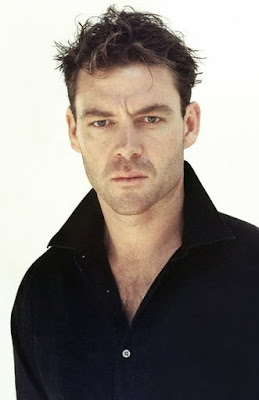 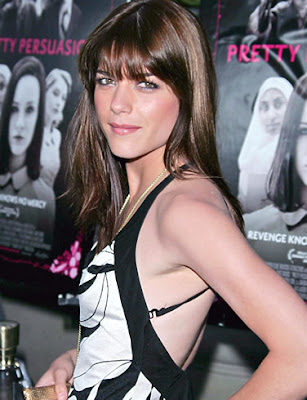 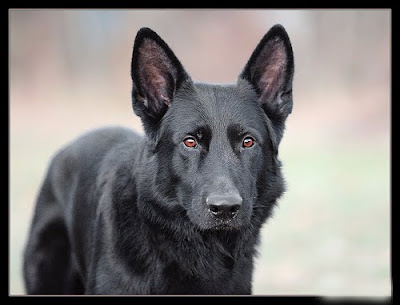 Omega: Played by an unknown rising star
Posted by Merrie Destefano at 9:01 AM No comments:

Email ThisBlogThis!Share to TwitterShare to FacebookShare to Pinterest
Labels: Afterlife, My Cast of Characters


Here's a book trailer I made for my upcoming novel, Afterlife. Enjoy!
Note: If you click on the lower right corner of the video, it will take you the YouTube site. There you can enlarge the video to full screen.
Posted by Merrie Destefano at 8:00 AM 2 comments:

I've been wanting to share this photo for a long time. My husband, the dogs, and yes even the cat, and I took a trip up into the mountains last winter. Everyone enjoyed it--except the cat, who took his vengeance by running away as soon as we got home. (He came back, thank goodness, but I digress...)

Here's the weird thing. My husband took this shot of me, hanging out with our wild-at-heart German shepherds. Caleb was in full bark mode. We've never gotten a shot of him barking before. Woof.

Two days later, my lovely editor, Diana Gill, sent me the cover art for Afterlife. It was so gorgeous, I cried. Then I remembered the photo we had just taken. Now, I don't look anything like that stunning blonde--especially since I was wearing two pairs of pants, two sweaters and a thick coat (I'm blaming it all on the coat), but my dog definitely looks like he's posing for a cover shot. I think he has a secret desire to be a star. 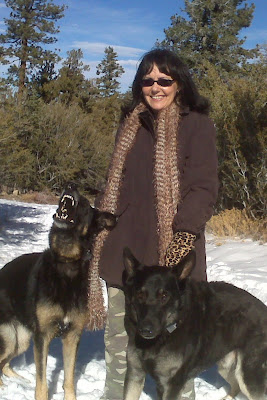 Who knows. Maybe he'll get a part in my next book...
Posted by Merrie Destefano at 9:20 PM 2 comments: 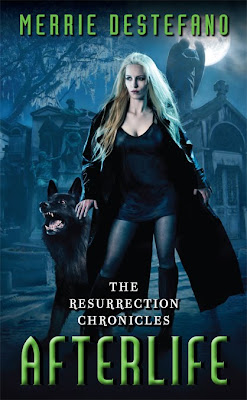 I'm so excited! I just got permission to post the gorgeous cover for my debut novel, Afterlife: The Resurrection Chronicles.

Below are some endorsements from other authors:

“AFTERLIFE is a seamless combination of hard-boiled mystery, science-fiction exploration of a future based on cloned survival after death, and a fantasy struggle for the survival of good in an evil world. Merrie Destefano has made a fine start on a promising career.”
James Gunn, Science fiction Grand Master, author of The Immortals

“Life, death and AFTERLIFE—a haunting story that seamlessly blends the hard-boiled twists of cyberpunk with the noir flavor of a Southern Gothic thriller. Gritty and compelling, Destefano's debut tackles the big questions of immortality and faith amidst a labyrinthine web of murder and deceit. Truly high octane stuff, sure to please both fans of science-fiction and mystery.”
Marc Giller, author of Hammerjack

“AFTERLIFE is like smoke in the darkness—intriguing and illusive. Merrie Destefano led me on a gritty page-turning journey of life, death and resurrection. I was riveted from the first page to the last and personally can’t wait for her next one.”
Tracey O’Hara, author of Night’s Cold Kiss

"Merrie Destefano storms the world of urban fantasy with AFTERLIFE, breathing new life into the vast genre of the undead. Gritty, poignant, in the tradition of Bladerunner with the nostalgia of New Orleans. With crisp and beautiful prose, AFTERLIFE blurs the line between the living and the dead to ask life's ultimate questions--even if they take nine lives to solve.”
Tosca Lee, author of Havah and Demon: A Memoir

The release date for Afterlife is September 28, 2010. The book is available for pre-order here:

Books A Million
Posted by Merrie Destefano at 9:12 AM 2 comments:

Happy Release Day to two fabulous writers...today is the release of Brains: A Zombie Memoir by Robin Becker. Below is a brief description of the book from the author's website: 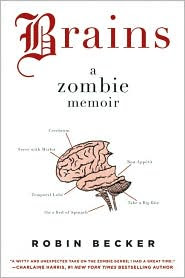 "Forget contemporary American literature--former college professor Jack Barnes has a new passion: Brains. It’s in his nature…he’s a zombie. But he’s not your normal, vacant-eyed, undead idiot. No, Jack Barnes has something most other victims of the zombie apocalypse don’t have: sentience. In fact, he can even write. And the story he has to tell is a truly disturbing--yet strangely heartwarming--one.

Convinced he’ll bring about a peaceful coexistence between zombies and humans if he can demonstrate his unique condition to the man responsible for the zombie virus, Howard Stein, Barnes sets off on a grueling cross-country journey to meet his maker. Along the way he meets more like him, rotting brain-eaters who have retained some sort of cognitive ability, and soon forms a small army that will stop at nothing to reach their goal. There’s Guts, the agile, dread-locked boy who can run like the wind; Joan, the matronly nurse adept at re-attaching rotting appendages; Annie, the young girl with a fierce quick-draw; and Ros, who can actually speak coherent sentences. Together they make their way through an eerie new world of roving zombie hunters, empty McMansions, and clogged highways on a quest to attain what all men, women--and apparently zombies--yearn for: equality."

And today is also the release day for Vicki Pettersson's new book: Cheat The Grave. Below is a brief description of the book from Amazon.com. 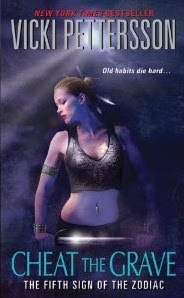 "Las Vegas socialite and otherwordly avenger Joanna Archer gave up everything when she embraced mortality—abandoning her powers and altering her destiny to save a child . . . and a city. Now her former allies are her enemies—and her enemies have nothing to fear.

Yet still she is bound to a prophecy that condemns her to roam a nightmare landscape that ordinary humans cannot see and dare not enter. And a beast is on her trail—an insane killer blinded by bloodlust, who's determined to rip much more from Joanna than merely her now-fragile life. Survival is no longer an option in this dark realm where good and evil have blurred into confusing shades of gray—unless she can gather together an army of onetime foes and destroy everything she once believed in."
Posted by Merrie Destefano at 8:30 AM No comments: 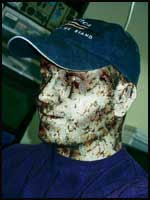 Zombie Carter has an interview with me over at The Zombie Nation today. We discuss all sorts of things related to the undead and writing and art. Stop by and say hi!

Thanks, Carter!
Posted by Merrie Destefano at 12:40 PM No comments: