The real reason why John Carter is so amazing

I've been waiting for EVER for the John Carter movie to come out. Why? Because I read the entire John Carter series, written by Edgar Rice Burroughs, when I was a kid. And yes, this is the same Edgar Rice Burroughs who wrote the Tarzan series. (Believe it or not, he wrote both series concurrently. Go, Edgar!) Beginning with A Princess Of Mars, I fell in love with all of the books and characters, especially the lizard–like Martian dog that became John Carter's best friend. 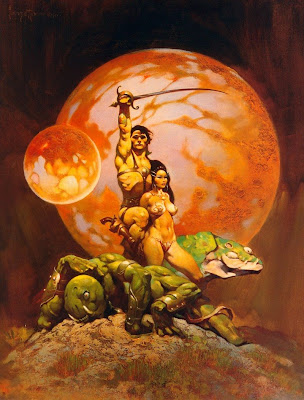 That's why I was saddened when most of the critics who saw this movie gave it poor reviews. Once again, I feel like movie critics don't understand this genre or the fans (like me) who love it.

If you go to see the movie, and I hope you do because it's incredible, you should know that this series was written 100 years ago. That's way before Star Wars, Star Trek, or Superman. So if you see any similarities, it's because everyone copied this series. John Carter is the ORIGINAL superhero. He travels to another planet, Mars, where all of his powers derive from the fact that he's now living on a smaller planet. He's stronger than the locals and he can jump really high. That's it. No x-ray vision, no kryptonite. And Superman is my favorite superhero, so for me to say that John Carter rocks is a big deal.

All of this reminds me of I Am Legend. 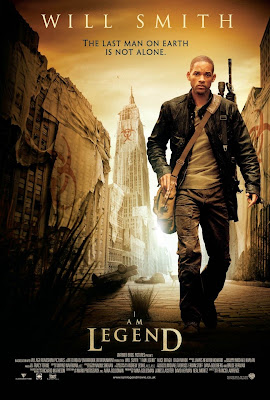 When the movie I Am Legend, starring Will Smith, came out, it looked like something we'd seen a million times before. It looked like a stylish remake of Night Of The Living Dead, starring vampires instead of zombies. The only thing is, I Am Legend was written by Richard Matheson in 1954. It focuses on a vampire apocalypse that takes place in Los Angeles. This book influenced George Romero when he made Night Of The Living Dead; it was also the basis for the movie The Last Man On Earth starring Vincent Price, and the movie Omega Man starring Charlton Heston. In other words, this book had a strong influence on our current concept of a monster apocalypse, most notably a zombie apocalypse.

Books influence movies. They influence other writers. They influence our culture. But I think it's important to remember which came first, the chicken or the egg. John Carter or Superman. A vampire apocalypse or zombie apocalypse. Hopefully if we study the classics in the culture of science fiction, fantasy, and horror, we'll be more likely to give appreciation where and when it's due.

The bottom line: I'm giving the John Carter movie 5 stars and 2 thumbs up.

ALSO, here's a LINK to an interesting article over on IO9 titled, Everything You Need to Know about Disney’s John Carter Movie, that you might want to read. Very cool stuff!

And a FREEBIE: Here's a LINK to a free Amazon e-book copy of A Princess Of Mars, the book the current movie was based on.
Posted by Merrie Destefano at 11:34 AM No comments:

For the past few weeks, I've been experimenting with a voice recognition software program called Dragon Dictate. It works pretty good. Most of the time. Although it doesn't always understand some of the word choices I use. Like plague and field of bodies and bloody stump. (Actually it got all of those right, this time.) 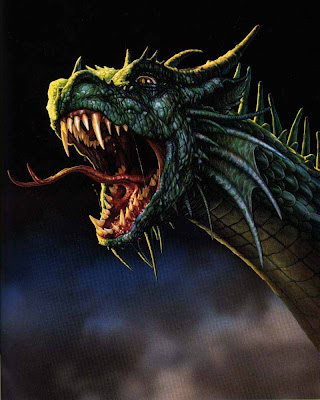 When you're not using the program, you can either turn it off or put it to sleep. Apparently, in the future, turning it off sounds like the better idea. I put the program to sleep, then watched a decorating program while I was eating lunch. When I was ready to go back to work, this is what I found on my screen...