I just finished a cool interview with Kathy Harris over at Divine Detour, where some of the things we discuss include, "Who was the inspiration for Omega, the dog in Afterlife?" and "Did I know that I wanted to be a writer as child?" and "What's my next writing project?"

I had a lot of fun chatting with her. On top of being a fantastic Blog Master and Incredible Interviewer, she also happens to be a fellow German shepherd lover. So, of course, she scored big points with me. Anyone who loves animals get lots of points from me.

So, anyway, you should stop by her blog and say hi. We're giving away a signed copy of Afterlife, but the book contest only runs through December 30.
Posted by Merrie Destefano at 10:49 AM No comments:

Joseph, We need to talk, or, The digital tale of the Nativity

Posted by Merrie Destefano at 3:00 PM No comments: 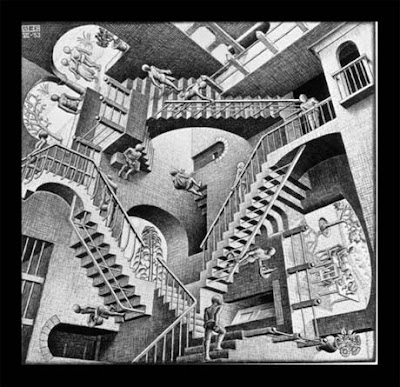 I've thought about it for a long time and it looks like I'm finally ready to break up with WordPress. We never were very good friends anyway. I don't know about you, but every time I wanted to try something new--like adding a picture somewhere on my site or adding a YouTube video of MY OWN book trailer (sorry for the caps there, didn't mean to shout)--I would spend hours trying to figure it out. Then in the end, WordPress would always win. I was never able to put a book trailer on my website, even with an honest to goodness, real website designer helping me.

Blogger and I have been tight for years. He NEVER gives me any lip when I want to add another sidebar or photo or HTML.

But, unfortunately, this all means that I'm in the process of abandoning my current website here, creating a new website here and redesigning my blog (you know, the one you're looking at right now) and, at the same time, I'm creating a new site to feature my debut novel, AFTERLIFE, here.

In the near future, everything will be shiny and sparkly and all the links will actually lead somewhere. I promise. Even though right now, it all seems a bit like getting lost in a maze created by M.C. Escher.

By the way, if you didn't know it, Escher influenced the creator of the movie, Inception.

The image shown above is called Relativity and it was done by M.C. Escher. You can buy a print of it here.
Posted by Merrie Destefano at 10:20 AM No comments:

Email ThisBlogThis!Share to TwitterShare to FacebookShare to Pinterest
Labels: 25 Days of Christmas, Videos

Just for fun, I posted a short story, starring characters from my novel, AFTERLIFE, over on my new site. You can check it out here.
Posted by Merrie Destefano at 11:06 AM 2 comments:

UF_Chat, the brain child of @InkGypsy, is a lively Saturday afternoon Twitter chat about everything that falls into the urban fantasy category. I recently had the opportunity to be interviewed as a guest, which was great fun!

On top of that, UF_Chat made AFTERLIFE a recommended read. Woo hoo!

You can read all about it here, plus I'll let you know as soon the transcripts from my on-line Twitter interview are up.

Also, a blurb from InkGypsy's Amazon review, which is posted on the UF_Chat site:
“It’s #UFchat’s* recommended read for the end of 2010 and we can’t wait to speak to Ms. Destefano about how she built and crafted this wonderful novel, with its very real and complex characters, twisted mysteries, wonder-full urban darkness and the cities of the dead. I only have one question: can we have more please?!”— Ink Gypsy on The UFChat Blog
Posted by Merrie Destefano at 10:08 AM No comments:

Writers need inspiration. Lots of it. In the below playlist, you'll hear a small collection of the music that I listened to while writing Afterlife: The Resurrection Chronicles. Even though the main character, Chaz Domingue, studied music and played a mean saxophone, I chose a different type of music to get in the mood.

Posted by Merrie Destefano at 2:47 PM No comments:

A new version of Deck the Halls

This is a list of my favorite Christmas movies. I go on a mad mission in the month of December. I feel I must watch each and every one of these or I won’t be able to get in the spirit of the holiday. 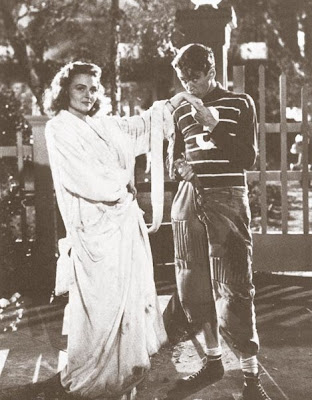 1. It’s a Wonderful Life
I first saw this in a film class in college. First, we all heard the story behind the movie—how Jimmy Stewart wanted to quit acting, but the director convinced him to star in one more movie—then we saw the film. We all sat, crowded into it an auditorium, and I couldn’t help but think that this was how movie-goers saw this for the film for the first time. I fell in love with the movie and have loved it ever since.

2. The Bishop’s Wife
Who wouldn’t enjoy watching Cary Grant bumble around as a dangerously handsome angel, falling in love with a woman he’s supposed to be helping. Loretta Young glistens as the object of his affection, albeit always faithful to her husband, the bishop.

3. While You Were Sleeping
Sandra Bullock rescues the man she thinks she loves, although he falls immediately into a coma. In the process, she finds herself enchanted with his family—and his brother, played by Bill Pullman—and for the first time in years, she doesn’t feel lonely on Christmas. This one melts my heart every single time I watch it.

4. Christmas in Connecticut
Did I love this movie because the main character was a writer? In retrospect, it’s hard to say, but over the years this story of a columnist, Barbara Stanwyck, who must pretend she is a great cook and homemaker (I can relate to that dilemma) has become one of my favorites.

5. Home Alone
He’s a brat and he needs a spanking and, yet, you find yourself rooting for Macaulay Culkin before his family even lands in Paris. Completely alone, unless you count that dastardly tarantula (shivers), Culkin sets a trap for holiday thieves that makes me laugh until my sides hurt. Every. Single. Time. I. Watch.

6. Meet Me in St. Louis
Judy Garland at her most charming. She sings, she dances, she falls in love—literally. Her director in this film was her future husband, Vincente Minelli, and this was the first time the two of them met. This tale of a family who lives in turn-of-the-century St. Louis captures al the romance of the era.

7. Scrooged
For some reason, this is my favorite version of A Christmas Carol. Starring Bill Murray and Karen Allen (remember her from Raider’s of the Lost Ark?) star as lovers who went their separate ways years ago. Murray went on to become a lonely, wealthy TV executive, while Allen became a tender-hearted social worker who runs the local homeless shelter. Murray is given a second chance when their paths cross again. 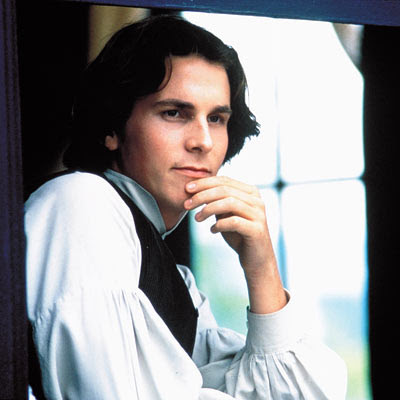 8. Little Women
My favorite version of this movie stars Claire Danes, Winona Ryder, Christian Bale and Kirsten Dunst. Set during the Civil War, this tale of a young woman who wants to be a writer is heart-warming, to say the least. Of course, I never could figure out why Jo (Ryder) didn’t fall in love with Laurie (Bale), but then I can’t figure out why Bella doesn’t love Jacob either.

9. Elf
Adorable. Simply adorable. Will Ferrell and Zooey Deschanel (one of my favorite actresses) are just so cute in this film about a real, live elf who leaves the North Pole to find his true father. By the end of the movie you just want to give Ferrell a big hug.

10. The Family Man
A little bit like A Christmas Carol, this film stars Nicholas Cage as a rich man who gets a chance to see what his life might have been like, if he had made different choices along the way. Also starring Tea Leoni, one reason I love this show is the fact that it adds that element of an alternate universe—and I do love alternate universes.
Posted by Merrie Destefano at 10:00 AM 6 comments:

Email ThisBlogThis!Share to TwitterShare to FacebookShare to Pinterest
Labels: 25 Days of Christmas

At long last, I have permission to share the back cover copy of my next novel. Titled Feast: Harvest of Dreams, it releases on June 28, 2011. 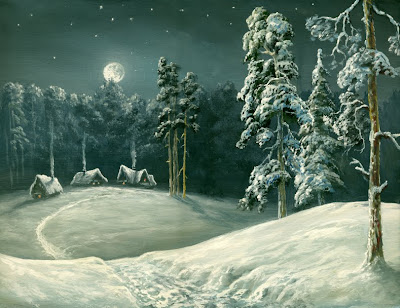 Here's the back cover copy:

Halloween is a bad time to return to the woods…

Madeline MacFadden (“Mad Mac” to fans of her bestselling magical stories) spent blissful childhood summers in Ticonderoga Falls. And this is where she wants to be now that her adult life is falling apart. The dense surrounding forest holds many memories, some joyous, some tantalizingly only half-remembered. And she’s always believed there was something living in these wooded hills.

But Maddie doesn’t remember the dark parts—and knows nothing of the mountain legend that holds the area’s terrified residents captive. She has no recollection of Ash, the strange and magnificent creature who once saved her life as a child, even though it is the destiny of his kind to prey upon humanity. And soon it will be the Harvest…the time to feast.

Once again Maddie’s dreams—and her soul—are in grave danger. But magic runs deep during Harvest. Even a spinner of enchanted tales has wondrous powers of her own…

I can't wait to show you the cover. But for now, just imagine something REALLY awesome!
Posted by Merrie Destefano at 10:40 AM 9 comments:

One of my favorite Christmas songs

This song began as a poem, written by Henry Wadsworth Longfellow during the Civil War. Longfellow had suffered great loss at the time--the death of his wife by an accidental fire and the severe wounding of his son in the war. And yet, despite his own personal tragedy, Longfellow was able to still believe in the oft-used phrase, "Peace on Earth."

May you have peace and joy in this Christmas season.

The name of this song is, I Heard The Bells on Christmas Day, and this version is performed by Casting Crowns.
Posted by Merrie Destefano at 9:15 AM No comments:

Email ThisBlogThis!Share to TwitterShare to FacebookShare to Pinterest
Labels: 25 Days of Christmas

Just in time for Christmas, here's a new song by my favorite band. Christmas Lights by Coldplay, available on iTunes.