A funny thing happened on the way to Comic Con

Last year about this time, I was scrounging for Comic Con tickets. I wanted to go so bad I could taste it. I’m not sure what I thought would happen when I got there. Maybe I’d see some cool costumes, listen to some awesome panels, find out what new TV shows and movies were going to come out. Maybe I’d meet an editor and impress him/her that my book would be perfect for his/her publishing house. Maybe I’d sign a contract, right there. Okay, I know publishing doesn’t really work like that, but a girl can dream, right?

It wasn’t long after Comic Con, however, that my agent, Kimberley Cameron, landed me an awesome two-book contract with Diana Gill of Eos/HarperCollins. Now here I am, a year later, with a stack of advance review copies of my debut novel—all sparkly and shiny and each of them looking for a home. Almost like a litter of puppies. 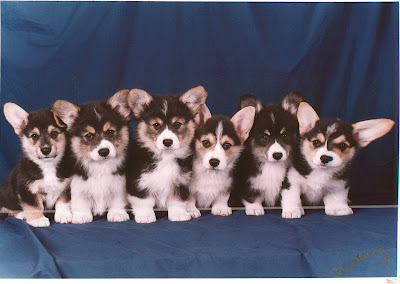 On top of that, my Comic Con fever never went away, which is a good thing. Because I just found out that I’ll be speaking on a panel this year—me, speaking. And then, people, probably listening. Big difference in a year. Big very cool difference. 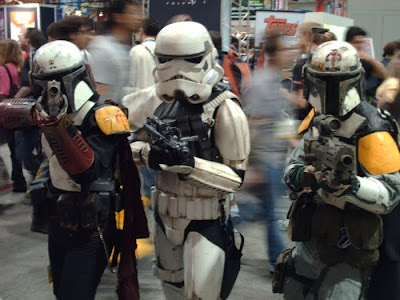 So what I want to know is, if you were going to Comic Con, what costume would you wear?

To sweeten the pot and to get a few brave souls—okay, I know you’re out there, I can hear you typing on your keyboard when you’re supposed to be reading this—to post a comment, I’m going to be giving away one of my puppies…I mean, one of my advance copies of Afterlife: The Resurrection Chronicles. 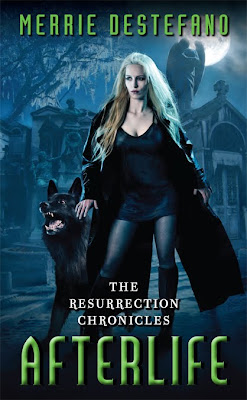 I’m even going to give you ways to earn extra chances at winning.

Remember to tally up your points and tell me what you did in the body of your comment. Contest to win an advance copy of Afterlife closes at midnight on Sunday, June 20th.

If you’re going to Comic Con, stop by and say hi! Really. I’m pretty friendly almost all the time.

And here’s some info I grabbed off the Eos Books blog about the panel I’ll be on:

BITE ME: Evolving Urban Fantasy Beyond the Vampire Phenomenon

Tired of Twilight? Want something beyond the Vampire Diaries? Never fear! Some of the hottest authors working explore what's happening in urban fantasy and the paranormal beyond the pale bloodsuckers we know and love. 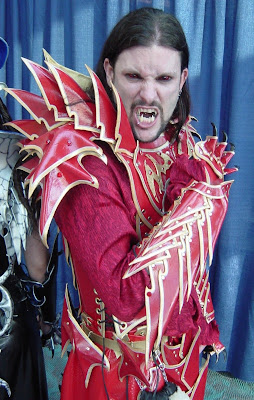 Okay, that last guy was scary. He deserves a post all to himself.
Posted by Merrie Destefano at 10:09 PM