I'm launching a new series today called, Writer Wednesday, during which I'll be featuring an author you may or may not have heard of. I'm hoping to introduce you to some books and authors that you may not have read before.

Today's author is Marlayne Giron and her book is IN PLAIN SIGHT. 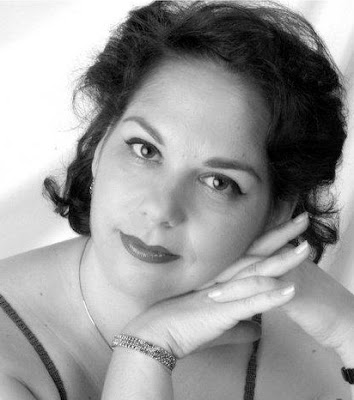 AUTHOR BIO: Marlayne Giron is a Messianic Jew, wife and mother living in Orange County, California. She has been married to her husband Michael since 1986 and is the mom of a lovely daughter. In 1982 she was inspired to write The Victor from a verse in an Amy Grant song called: “Fairytale” (from her Father's Eyes album): “…two princes wage the battle for eternity but the victor has been known from the start”. It took nearly 30 years before for The Victor was published in 2009. Since she first began to write it in the early 1980s, Marlayne endured a four-year bout with intestinal disease that resulted in major surgery, then infertility followed by the adoption of her daughter in 1997. Because of the demands of having to work full-time and lack of interest from family and friends in the book, she gave up on her dream of ever seeing The Victor in print until April of 2008 when Tate Publishing called to offer her a contract. 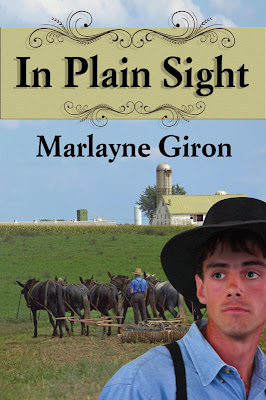 IN PLAIN SIGHT synopsis:
It started with the crop circles followed by the disappearance of cattle. Then he appeared. He was obviously Old Order Amish. He did and said everything right but no one knew what family or farm he belonged to. He worked in the fields and barn raising's like everyone else and was in every respect just like one of them except for his silver eyes. Despite his quiet and respectful demeanor the community of Bird-in-Hand was leery of him. Every-one avoided him; except for Rebecca Esh...two star-crossed lovers whose romance not only endangers the Amish family who takes him in but puts the world he and his brother come from in great peril.

IN PLAIN SITE Book Trailer.
Posted by Merrie Destefano at 8:00 AM